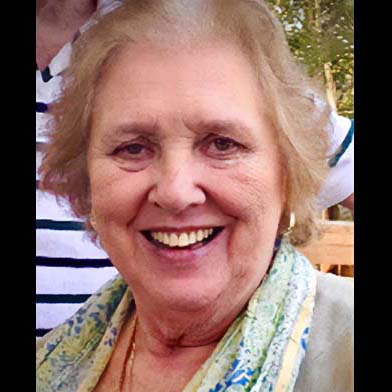 May 20, 2022 — Beverly Gerber, 86, a former Weston resident who led and served on many Weston community boards, committees, and elected roles in the 1970s and 1980s, died peacefully on May 11 in Cocoa Beach, Florida.

Her passing was reported by Louis Francis Gerber, her loving husband and best friend for the past 62 years. Continue reading. 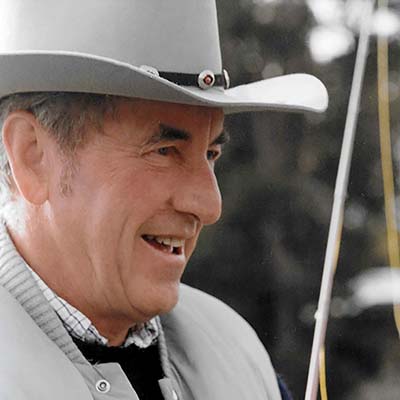 A former president and chairman of Bell Helicopter Textron, his influence on tilt-rotor innovations shaped commercial and military aviation from its inception to today. Continue reading. 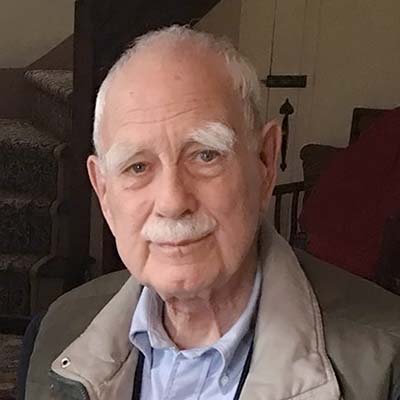 He was associated with a number of nonprofit organizations following early retirement from Citibank, including Asia Society and the Connecticut Fund for the Environment. Continue reading. 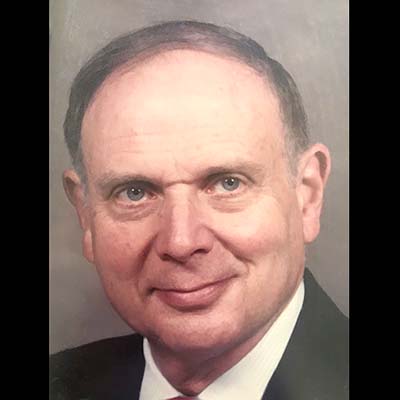 In Weston, he and wife Jackie are much beloved members of Norfield Congregational Church. Dick was on Weston’s Board of Finance for five years, and the Panel of Moderators for 27, including eight as Chairman, and was a founding member of the Weston Kiwanis Club. Continue reading. 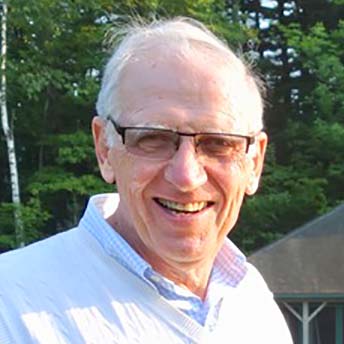 He was a lifelong learner and could digress on any subject for as long as one would listen. Continue reading. 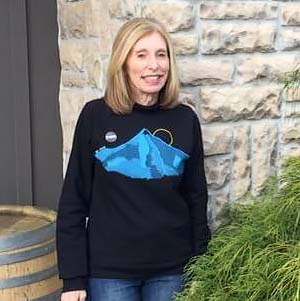 During her time in Connecticut, she volunteered tirelessly for the Weston Democrats and spent much of her time playing with her two dogs and enjoying her new home. Continue reading. 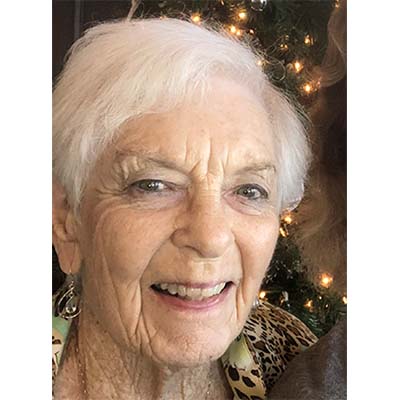 January 15, 2022 — Millie grew up during the Great Depression in a Craftsman bungalow in Charlotte, NC, and was happiest when reading books borrowed from the public library.

In 21 years living in Weston with husband Bill and their children, Millie was a Town volunteer, founded and chaired the Weston Warm Up Fund, and enjoyed singing in the choir at Norfield Congregational Church. Continue reading. 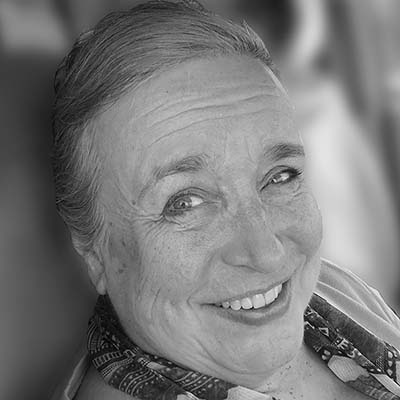 Mary ran her own business, Bova Advertising Specialties, for over 35 years. She was a former member of the Weston Young Women’s Club. An avid crocheter, Mary knitted thousands of scarves for homeless shelters. Continue reading. 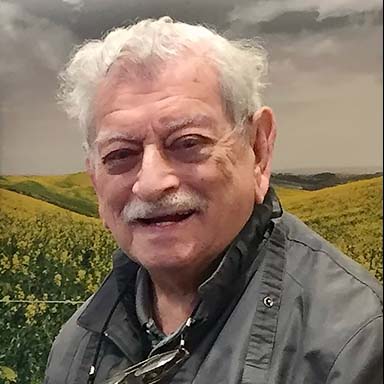 Jerry spent three years as an instructor in the physics department of Union College while earning a master’s degree in physics. Subsequently he joined his uncle in business while also engaging in the practice of law. Continue reading. 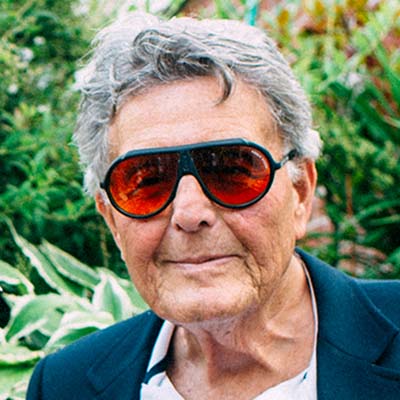 December 6, 2021 — Wynn Lambert, of Palm Beach, Florida, peacefully passed away on December 3, 2021 after a short battle with cancer.

In 1965 Wynn moved his family to Weston, where they lived for 54 years. Wynn was active in the Weston Volunteer Fire Department for decades and served as its president for a number of years. Continue reading. 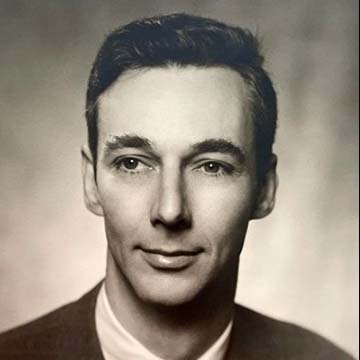 October 9, 2021 — Frederick Louis Hyman died peacefully on October 7, 2021 at the age of 89. He was a television and publishing executive, and Jacques Cousteau’s friend and business partner.

His career started with Associated Artists Productions, a distributor of feature films and short subjects. He was a founding member of the Aspetuck Valley Country Club. Continue reading. 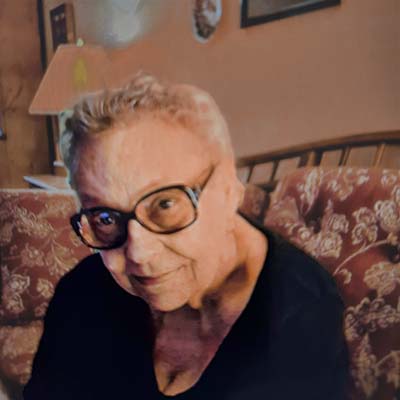 During her time in Florida, Judith worked for the Department of Transportation until retiring. She was a good knitter, nature lover, and loving sister and mother. Continue reading. 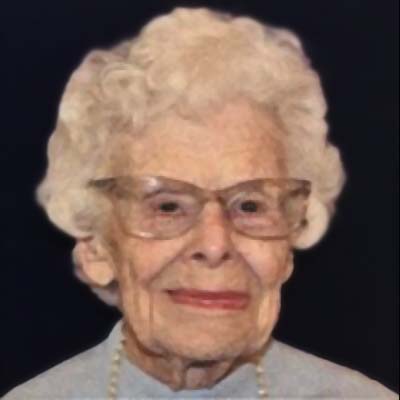 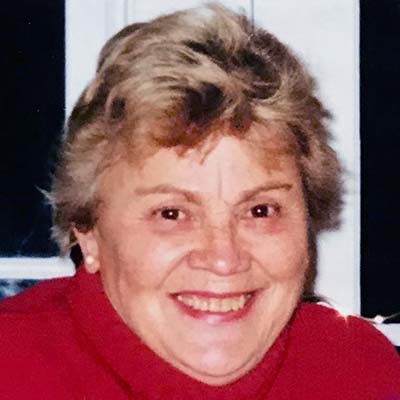 August 22, 2021 — Patricia Pettigrew Beran, a beautiful spirit whose compassion and brilliance touched so many lives across her eighty-seven years, has been lifted heavenward.

In the early seventies, Patty launched her teaching career. She was a creative, resourceful and caring middle school teacher in Weston for twenty-nine years. Continue reading. 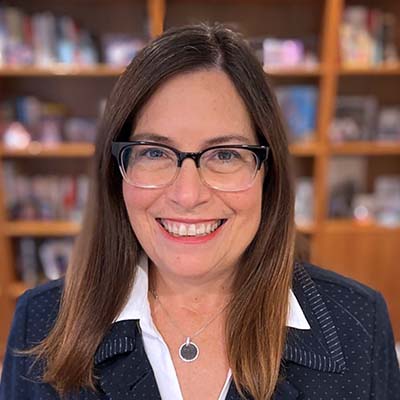 Her entire life was dedicated to service of her community, whether that community was her local synagogue or a national network of lung cancer survivors. Continue reading. 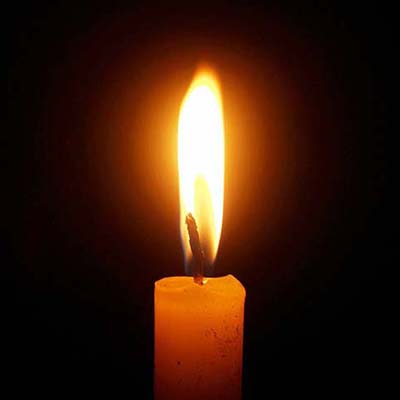 Robert (Bob) was born on August 14, 1942 in Norwalk. He graduated from Staples High School and Marietta College in Marietta, Ohio, where he met his beloved wife of 56 years, Elizabeth (Betty) Fortin. Continue reading. 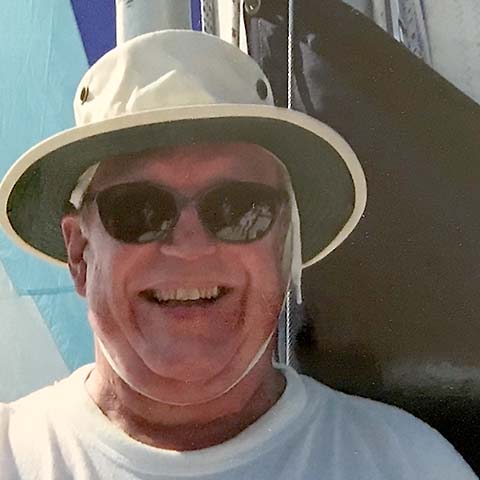 May 26, 2021 — Warren Andrew Spence, 82, of Williamsburg, VA, ascended peacefully to Heaven on April 23, 2021. He was unable to recover after surgery to remove a brain glioblastoma.

Mr. Spence enjoyed a marketing career for over 30 years. In Weston, he was an active member of Norfield Congregational Church, and sang every Sunday in the choir. Continue reading. 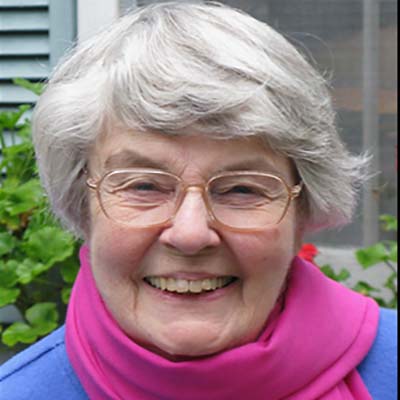 April 11, 2021 — Joan Taylor Wisnieff Scott died peacefully at her home in Newtown Connecticut, surrounded by her loving family and the denizens of her private bird sanctuary, on a glorious Easter Sunday, April 4th 2021.

Ms. Scott and her family lived in Weston for 31 years. During that time, she worked for the Save the Children Foundation and the Westport News. Continue reading. 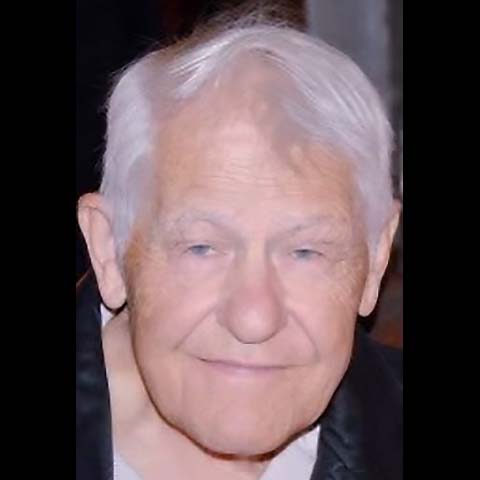 March 30, 2021 — William Frederick Gentit, 85, of Fairfield Glade, Tennessee passed away peacefully with his beloved wife Shirley by his side on March 27th, 2021.

William was a graduate of Carnegie Institute and was a chemist by vocation. Before moving to Fairfield Glade, William lived in Weston, and worked for AkzoNobel until his retirement. Continue reading. 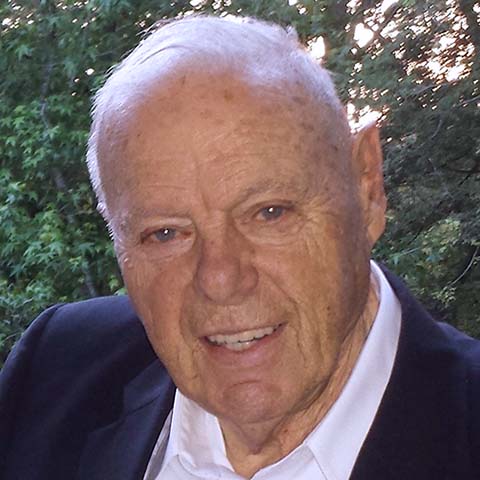 February 23, 2021 — Nils A. Kindwall of Jupiter, Florida, died peacefully on February 15, 2021, surrounded by his loving family due to complications of post-polio syndrome.

Mr. Kindwall and his wife, Lucille, moved to Weston in 1960 where they raised their three daughters and were deeply engaged with their neighbors and community. Continue reading. 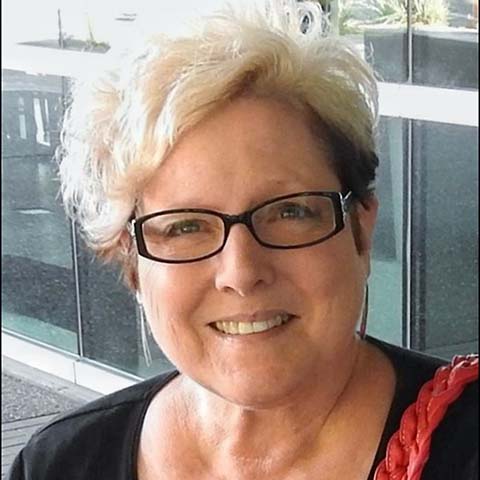 She attended grades K–12 in Weston, graduating with Weston High School’s first class in 1971. In Weston she met Larry Gene Welty, a computer programmer with Wiltek Corp. of Norwalk; they married in 1989. Continue reading. 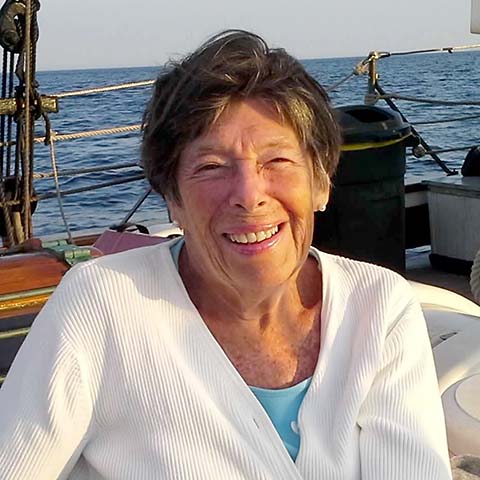 February 3, 2021 — Joan Anne Weinstein, a longtime resident of Weston, Connecticut, passed away on January 23, 2021 at Norwalk Hospital of Covid-19.

Joan and her husband Robert started their lives together in Far Rockaway, New York, eventually relocating to Westport in 1962 and to Weston in 1971, where they raised their three children. Continue reading. 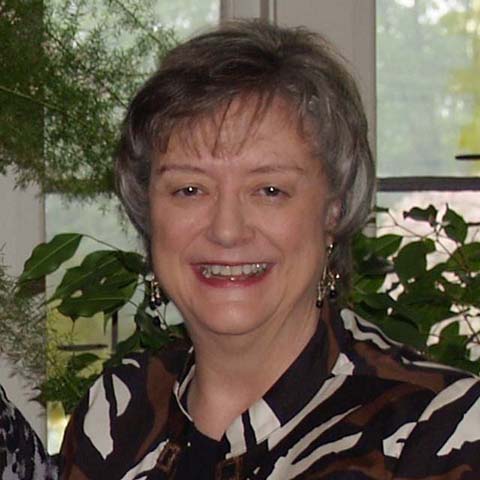 January 29, 2021 — Sharon Coleman Shattuck, of Weston, passed away peacefully on January 25, 2021. Sharon was born on March 22, 1944 in Knoxville, Tennessee, the daughter of the late Alvin Wendell Coleman and Mildred Coward Coleman.

Sharon and her family moved to Weston in 1975. She worked at Town Hall for many years, served on the Historic District Commission, and was active with the Weston Warm-up Fund, at Norfield Church, and at the schools. Continue reading. 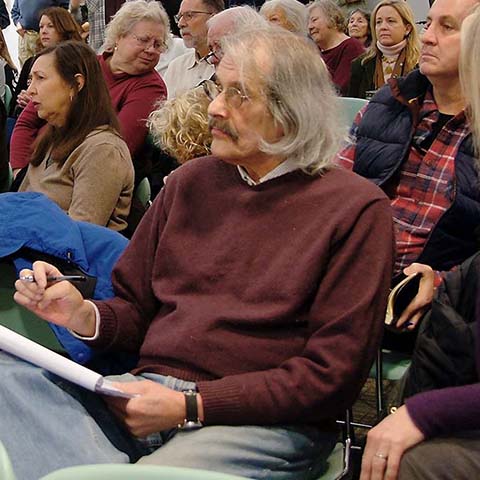 January 23, 2021 — Harvey Bellin, a longtime Weston resident, Democratic party stalwart, environmental activist, author, and television producer and director, passed away on January 22 at the age of 76.

In 1987, Mr. Bellin directed “The Outlivers: 200 Years in Weston,” a tongue-in-cheek history of the town narrated by Christopher Plummer, who said the film would attempt to answer the question of “how we got to be so peculiar.” Continue reading. 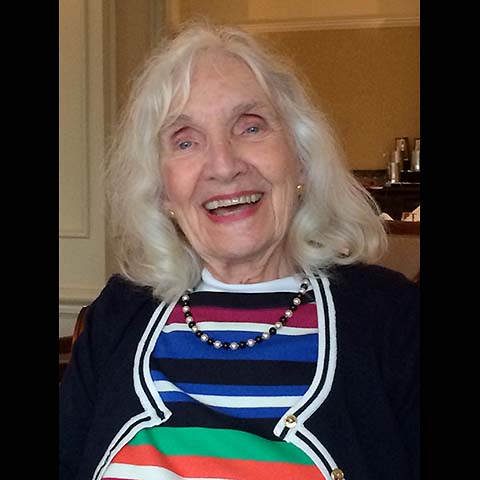 January 15, 2021 — Jane Ransom Gray, of Weston, passed away peacefully on November 18th, 2020, surrounded by family. Jane was born on October 25, 1927 in Nashville Tennessee, the daughter of the late McAden Peebles Ransom and Alberta Spain Ransom.

Jane and her family moved to Weston in 1967 when her husband Milton began work as an engineer for Mobil Chemical Corporation in New York City. Jane and Milton celebrated their 66th wedding anniversary in May. Continue reading. 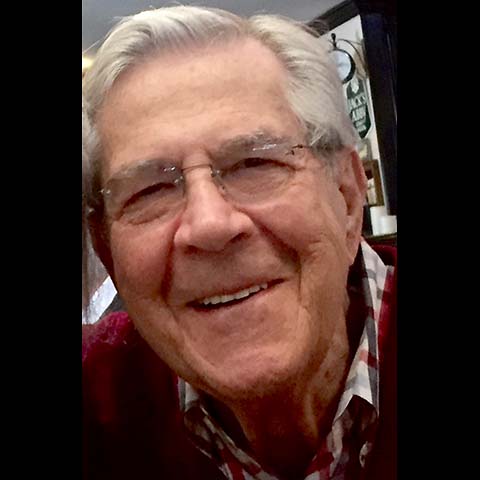 Dr. Shiller established a private practice in Westport before forming Willows Pediatric Group in 1973. He was active on the staff of Norwalk Hospital, where he started the Neonatal Intensive Care Unit. He helped form the Westport-Weston Health District in 1967 and was proud of his published works, including “Childhood Illness and Childhood Injury: A Commonsense Approach”. Continue reading.

December 11, 2020 — Harold S. Shupack, of Westport, passed away December 7th, 2020 with his wife, Sheila by his side after a courageous battle with cancer.

A Weston resident for 41 years, his community work included service on the Weston Charter Revision Commission, the Democratic Town Committee, and the Board of Finance. He was elected to the Board of Selectmen, served for six years, and then was First Selectman from 1999 to 2001. Continue reading. 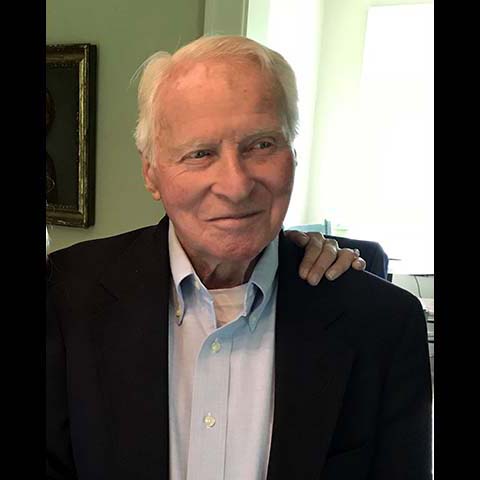 December 8, 2020 — A resident of Weston for 54 years, Ron was a mechanical engineer who worked for a variety of architectural engineering firms and started his own company, Marshall Control Products.

In Weston, Ron was an institution, running the roads from the 1960s up until his last year in town, when walking became his natural option. Continue reading.